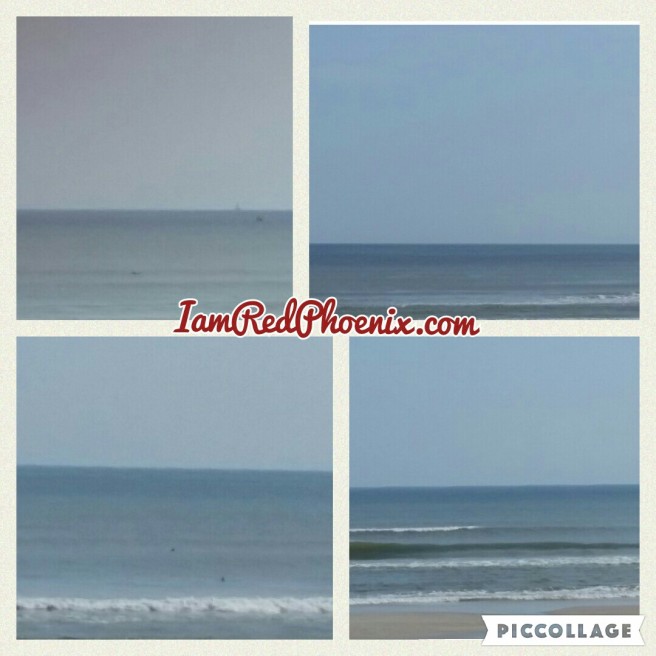 Their jumps appeared random, tossing them out of the water for just an instant before they plunged back down into the blue surf. The waves were light that day, though they swam so close to shore that they seemed caught at the sand bar, between the sets of waves breaking. They didn’t seem to notice the current though, as they swam about freely; their dorsal fins bobbing up and down sporadically.

The swimmers didn’t seem to notice how close the creatures were, despite how many were just over the water’s crest. She imagined herself swimming amongst them, splashing throughout the ocean in search of food. The speed in which they traveled today, slow and circular, was nowhere near the speed of which she knew they were capable.

She wondered what dolphins think about. Do they have dreams, goals, ambitions? Or do they live for the moment, relying on instinct that has been perfected? Do they wander freely throughout the ocean, without care or concern?

A movement to the right caught her eye and she looked in time to see a small figure jump completely out of the water, causing her breath to catch at the magnificence of its leap. Glancing up, she peered at the sky above where the dolphins played. Though it was clear now, she could see the clouds rolling; their darkness casting a shadow across the sand behind her.

Sitting for another moment, she then waved good bye to the dolphins and the seagulls that fly overhead. Holding her sandals in her hand, she began walking away from the peaceful sound of the waves rolling up the shore. Unsure of how severe it will be, she braced herself against the storm, ready to take on whatever came her way.